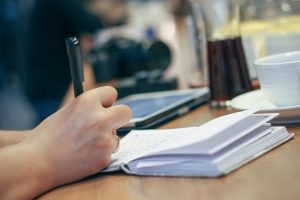 I realise I’ve said little for the last two months although quite a bit has been going on behind the scenes. I  ‘engaged’ a professional editor at the beginning of June, and things are in the early stages, but so far I’m pleased.

I’ve done more work on the ‘back matter’ of the ebook, and also overhauled my stylesheet document before I approached my editor as there were a few small inconsistencies in it.

I played with Gimp again to come up with a transparent cover image that includes the title, author name and the publishing imprint logo. Graphics are not my forte and it takes ages to accomplish what someone else could no doubt do in an hour or less, but I got there eventually. I think I have the image sized correctly now for the ebook.

I contacted Fantasia Frog who have produced a few covers for me already, including the one for the WIP, to check what format their book cover credit should be in, and also to enquire about a possible bookmark for sale on the FF site. After some back and forth, I now have image files for a bookmark which shows information about the forthcoming book on one side and some fantasy images etc and my website link etc on the other. I can use that generic side on future bookmarks. The FF designer very kindly went the extra mile and did some investigation for me re online printers, and we identified one to use. I should already have sorted out the printing, but have been sidetracked with other things since.

While corresponding, I also asked about a premade cover for a novel which I’ve only written part of – and ended up buying it.

I also made a start on editing the second book I intend to self publish, though I’ve only managed the first chapter so far. It is, however, a much shorter book and more straightforward, being a first person narrative, so I’m hoping it will need a lot less time and effort to get it in a state where an editor can look at it.

To summarise the latest goals and progress:

Those nice people at ROW80 are posting updates on a blog ‘linky’ list again – see here. Alternatively, you can check the Facebook group here.