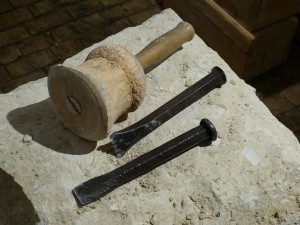 So … at last I re-embarked on the edit after the vast number of distractions in the past two months.  Went over the first four chapters again with some more nitpicking things recommended this time on SFF Chronicles, such as overuse of common words.  That just about met my last ROW80 target, though I went over by a couple of days.

Since then, I’ve managed to carry out that exercise plus the original nitpickers I was looking for and the change of tabbed layout to style based layout, right up to the end of Chapter Thirteen.  I’ve also reworked some sections of scenes to improve and tighten up the language.  This is despite a couple of Word crashes where Word went beserk and started deleting all the text ahead of the cursor! So I am getting there slowly.  I do tend to get sidetracked into too much Goodreads and other social media use, but I’ve got round that the last week or so by making sure I’ve edited at least one chapter before going onto anything distracting, even email.  That’s helped.  Not sure yet that I am going to manage the whole edit by the end of this month, but I’m finally seeing some progress.

As well as this, I took an hour out today to work on another ‘short’ for the latest SFF Chronicles 75 word Writing Challenge.  Didn’t think I would be able to come up with something for the theme and genre this time, then realised I could tie it into the backstory of my novel.  So that worked out OK.

My other writing related activity this week was to do a few critiques, as I’m a member of a small email based writing group where we circulate a couple of chapters every two months.  I’m sending round the first draft of a novel that I worked on during 2013-2014 including the NaNoWriMos in those years.  So I’m accumulating a nice pile of comments from my alpha writers which I’m looking forward to tackling when I can get back to that novel.

Away from the writing stone quarry, I’m making steady progress with my goal of reading a huge pile of old SF and fantasy books collected over the years.  I’m recording that progress on Goodreads (button on the sidebar if you’re interested).  Of course, I could be accused of reading too much!

Right, here are the goals:

And here’s the latest batch of ROW80 updates – enjoy!