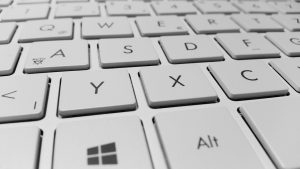 Some progress over the last week or so. I completed the read-through to the end of the novel and embarked on creation of the fourth ebook version for a final read-through before approaching pro editors.

I used the process I started to develop last summer, and this time there were no ‘rubbishy’ styles thrown up in the Calibre conversion, just one for italics and the rest the odd ones it uses as part of its structure, at the top and bottom of each file/page for example. So I won’t need to use Calibre in future conversions for this novel, such as the real one for producing an epub file for Amazon upload.

The most taxing part of the process this time was at the HTML stage where the tool was going through the motions of saving the file but then prompting to save it when I tried to quit as if it hadn’t saved it at all. Luckily, I played safe by using the File\Save As option and also copying/pasting the text to a notepad file to be on the safe side, because when I managed to quit the program, none of the work I had done in the preceding 2.5 hours had been saved in the original file! It was still the filtered HTML file as exported from Word that I’d started with. Soon sorted that out by getting rid of that version and renaming the Save As version with the right name. Phew! Computers can be sneaky.

A glitch at the Sigil stage was a couple of fonts not displaying as intended; instead, they were defaulting to the options in Sigil for text that has no CSS class defined. Then I realised I’d met this problem last time and it is due to the font names being capitalised by Word, but all lower case in the stylesheet. Made a note in my instructions this time at the appropriate place to remedy that during the HTML clean-up stage. It was in the notes later on, at the Sigil stage, but it should’ve been flagged up under the section on HTML and it was quite a few months ago that I’d met the problem so I’d forgotten.

Also I did some more trials to try to get a single image that would include the book title and the logo for the title page. This continues to frustrate; I found out how to make the image responsive and include that in the CSS by using an id tag in the image inclusion tag and and cross referencing that in the CSS file, but the text continues to look miniscule when displayed on an actual Kindle. So still head scratching. I’ve confirmed by research on the Kindle forum that there is no way in an ebook to keep text together (or text and a logo image). The advice on there is to make the title page one whole image, but despite trying to enlarge the text, it is still pretty teeny on the Kindle itself. Otherwise, all was OK, with correct table of contents, book opening in the correct place and the text itself all being correctly indented or blocked, and italicised text being italicised.

Following this, I’ve embarked on the read-through and have done nine chapters so far which doesn’t sound a lot, but the last three were long ones. The only actual mistake I’ve come across was the use of ‘relived’ instead of ‘relieved’ in one place. The rest, as ever, is tidying up cludgy bits missed previously or sorting out the odd sentence which is really omniscient viewpoint rather than close third. Plus some small bits have come out here and there that I think are obvious and don’t need to be underlined. The main concern is introducing new mistakes because I did realise in time that I was nearly doing that in one place when rephrasing, so I hope there aren’t any that I haven’t caught.

The pro editor question is bothering me a little; I had a look at the work of a writer who recommended an editor who is right for the genre and sounds a lot more reasonable price-wise than most. The writer has used this editor for all their books and been happy. But in the first few paragraphs, a comma splice jumped out at me and one or two places where I’ve been told a comma is required. Comma splices (joining two clauses with a comma when they need either a colon, a semi-colon or possibly a comma and a conjunction such as ‘and’ or ‘but’, depending on the type of clauses being joined) is a general no-no in English (https://en.wikipedia.org/wiki/Comma_splice), so I’m having doubts about the editor’s abilities. I need to look into this in much more depth for all the recommended editors on my list, but I don’t want to distract myself from the read-through.

Anyway, to summarise the latest goals and progress:

ROW80 is posting updates on a blog ‘linky’ list again – see here. Alternatively, you can check the Facebook group here.