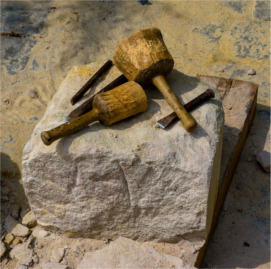 Well, only the second post of the year; already falling into bad habits! I just seem to be doing so much and not having a lot to show. But there is progress, in small stages.

I’ve been working on the WIP using the text-to-speech technique which helps to throw into relief clunky sentences and the odd place where a word was missed out. I had to break off and go back to the beginning again a little while ago because I’d read in more than one place that it was standard for UK books to use single quotes for dialogue (with double quotes inside those for any quote-within-quote). The reverse is true for US books. I’d been raised with the old tradition learned in typing classes that you used double quotes for speech, and so have several other people I know, but books such as ‘New Hart’s Rules’ have been informing me this isn’t standard for the UK. I checked quite a few recent traditionally published paperbacks and they all follow the single quote convention, so I’ve been back through the MS correcting that.

Being concerned that something might go haywire with a global find-and-replace, after doing the replace, I did a search on single quotes to make sure that nothing funny had happened, which resulted in a few small line edits here and there as I spotted other things I could improve. I had to tear myself away from re-reading the chapters in full, but given the number of edits already made on this third text-to-speech read through, I think I’m going to have to do a fourth to make sure there really are only minor things to deal with, before approaching the pro editors. Anyway, I’ve caught up to where I was before starting the quote replacement so I’m hoping to steam away with it now and get the last bit done.

Something I discovered by chance: I use an electronic copy of the Shorter Oxford English Dictionary, but on Windows 10 it has gone a little bit glitchy, loading ‘off screen’ so that I have to maximise it via various right-click and key combinations to make it visible. Then it does a ‘stay on top’ so that I have to minimise it to get back to Word. I discovered yesterday that there is a free Wordweb dictionary tool which, provided you accept the option on installation to create a taskbar icon, you can access by highlighting a word in Word (or other software), then holding down the Ctrl key and right-clicking with the mouse. A window pops up with various dictionary help and functions. They also do a pro version for £17 that allows you to purchase add-on dictionaries, and I was tempted when I saw they did the SOED, but I investigated and the last edition is the one I already have – 6th edition (2007) – so it wouldn’t make sense to buy the same thing again in a different form. Anyway, for anyone interested in the free version of Wordweb, it’s at http://wordweb.info/free/. For users of Macs or other operating systems, scroll down that page to the links at the bottom.

Quite a bit of time has been taken up over the last few months writing reviews of the books I’ve been reading for the Goodreads site – anyone interested in seeing those can click the Goodreads button in the sidebar on the home page. I found a few good groups there for exchanging views and finding out information on self-publishing, not just author only forums but also those where the focus is on readers.

Earlier this month I wrote a short story (200 words) with a set topic (a particular phrase had to be included) for a short story competition in one of those Goodreads forums; no prizes, just a bit of fun, and I thought it would be a challenge. I’ve backed off from doing those kinds of competitions for some months as I felt a bit discouraged by the lack of response (didn’t expect votes but some feedback would’ve been nice). So we’ll see how this goes. It doesn’t close until later this month.

I’ve just finished critiquing the latest batch of submissions in the email-based group to which I belong. More alpha than beta readers, as I’ve only sent round parts of a first draft of another novel so far and it’s not the whole book in one go, just a few chapters at a time. I’m parking all feedback on my own material for now, rather than letting it distract me from finishing the current WIP.

I’ve been reading a rather quirky book, The Pocket Book of Proofreading. It also covers copy-editing to some extent and includes some useful information; in fact, it ‘prodded’ me to finally do something about the single quote thing – I had read something about that a couple of months ago, but prevaricated about having to deal with it.

Last time I received a couple of comments from kind people who read that post and asked questions. I should have spotted those back in January so apologies for the delay. @Shan Jeniah Burton, the forum I meant was the Science Fiction & Fantasy Community. Thanks for that tip about APE. @Beth Camp, I’ve been using an old Kindle Keyboard which does a robotic voice for my text-to-speech readthroughs, which I bought secondhand. For this book, I’m going for copy editing, because a professional writer very kindly read an earlier version and gave me developmental comments.

Anyway, to summarise the latest goals and progress:

ROW80 is posting updates on a blog ‘linky’ list again – see here. Alternatively, you can check the Facebook group here.